Residents of the inner-west are noticing blackened skies around dusk as a large camp of flying foxes leave their roost in the Wolli Valley and head out to feed in the suburbs. 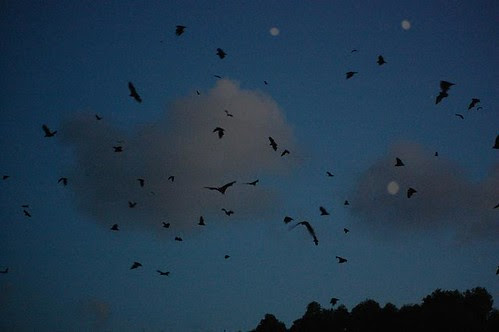 Many of these bats find their way to our school where they feast in the giant fig trees or find pollen in our Eucalypt trees. This bat was on a gum tree inside the ELA: 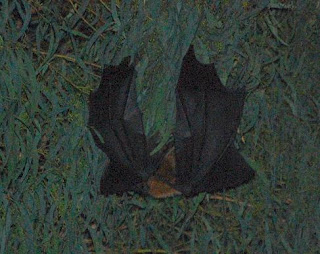 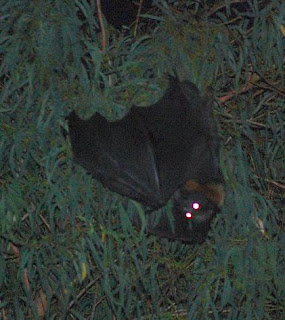 And this one in the giant fig trees at the front of the school: 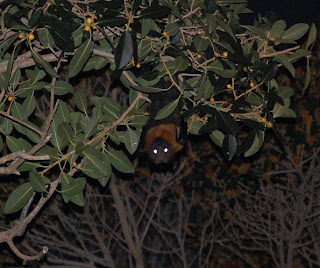 The Wolli Valley camp was first established in the Valley in mid-2007 and then estimated to contain over 1000 Grey-headed Flying-foxes. A bat count in April 2008 estimated the population to be well over 5000 individuals. This dramatic increase in numbers means that many bats will become trapped or injured in areas where people are not used to them.

Bats entangled in fruit nets become badly injured by trying to escape. Do not try to remove the animal yourself (their bite may carry a disease called lyssavirus). Another problem for bats is electrocution on power lines but did you know that a young bat, clinging to its mother, can survive the electric shock? It helps to look at bats hanging from electric wires to see if a juvenile bat is attached and still moving! These youngsters will starve unless they are rescued.

Flying fox injuries include torn wings and damage to mouths as they try to fight their way out of fruit nets. Many of these injuries can mend with time, medical treatment and the devotion of wildlife carers. Bats can be released back to the wild where they can continue their important role as pollinators of native trees. 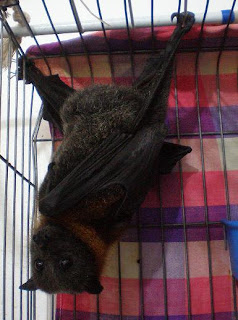 This is one of 5 bats recently from fruit nets and taken to a wildlife carer's home to recover.

In an attempt to address the growing curiosity of the community about these new residents, Marjorie Beck and Nancy Pallin of the Ku-ring-gai Bat Conservation Society will conduct a talk on bats at 7.30 pm on Wed 7 May in the upstairs meeting room. The talk will include a Powerpoint presentation about flying foxes and even a living example!

The KBCS is a non-profit community organization working for the conservation of all bat species, especially the Grey-headed flying-fox, and they are keen to share their knowledge with us. Their website is: http://www.sydneybats.org.au/cms/

Meanwhile, you can read more about flying fox habits on the WCPS website at http://www.wollicreek.org.au/flying_fox.html.

Bats are the only mammals that can fly.

The grey-headed flying fox is an endangered species.

Bats drink by dunking their bodies in water then licking the water off their fur. 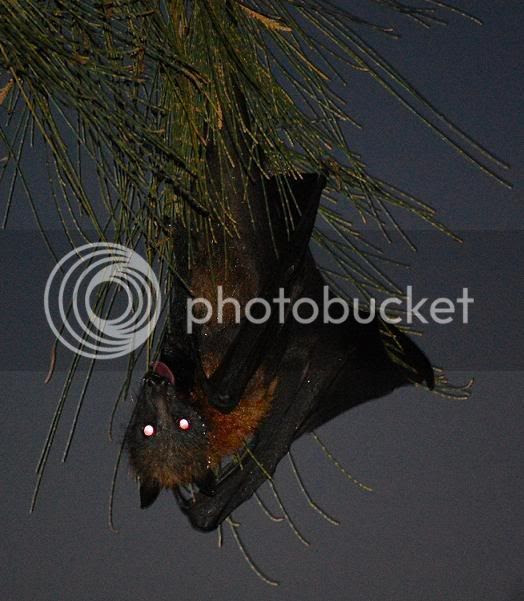 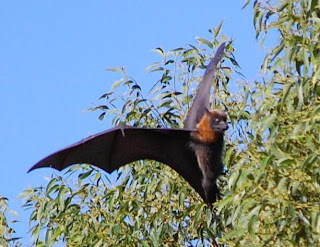 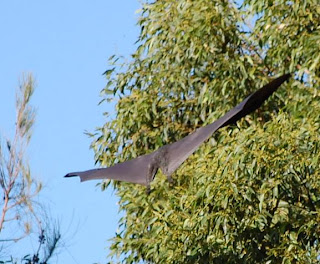 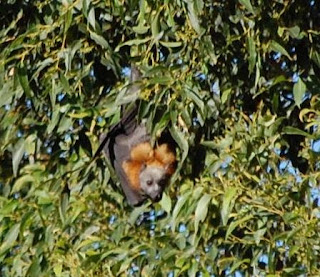 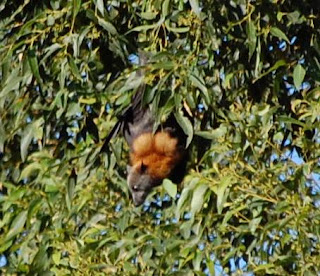 Click here for video footage by Gavin Gatenby capturing the fly out on 22 November 2009. The temperatures exceeded 40 degrees and thousands of bats dipped into Wolli Creek to cool off and have a drink before heading out into the night.