How do you know when you've found a spider in the garden? They come in so many colours, shapes and sizes. They can be as small as a pin head or as large as your hand! Some spiders are brightly coloured or patterned and some are camouflaged against their chosen background. Others are known to disguise themselves as things like ants, sticks, crabs and bird-droppings! so how do we even know if what we've found is a spider? 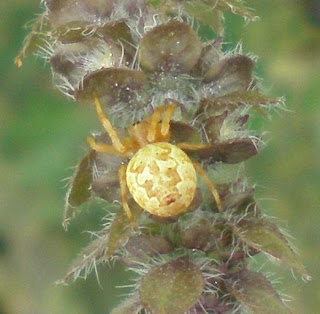 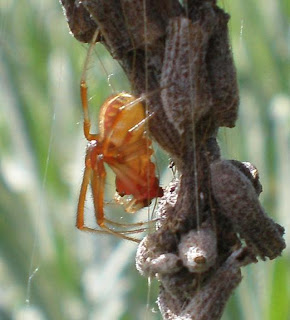 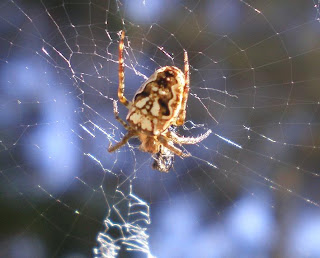 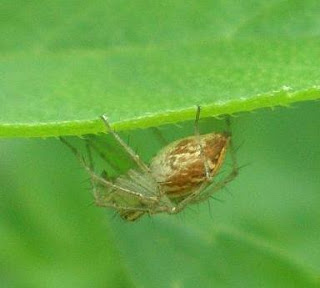 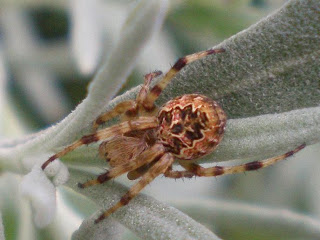 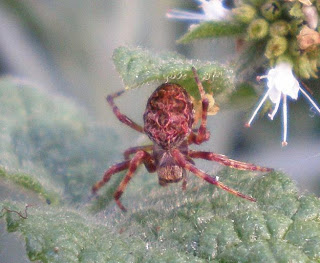 Within the school grounds there are many different spiders. Here are some photos and some information about the different homes they live in and the way they catch food.

The St Andrew's Cross spider is an orb weaver. That means it spins a round web. This spider has brightly coloured stripes on its abdomen and even the underside is very colourful. The St Andrew's Cross spider rests with its legs grouped in pairs so that it looks like it only has four legs. It often creates zig zag patterns with silk inside its web. 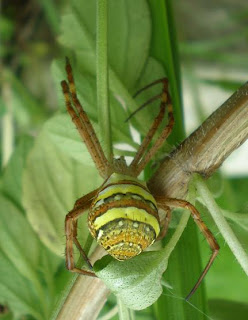 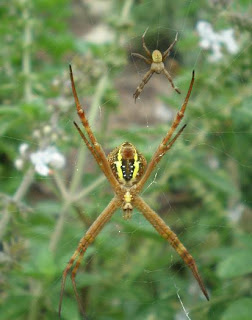 As with many spiders, the male is much smaller than the female (see above). 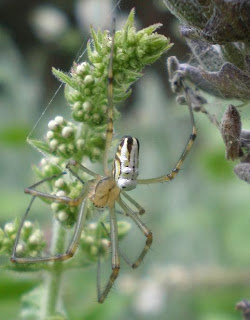 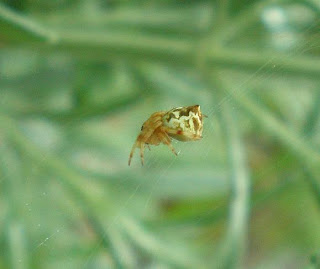 Another type of spider that is very common at school and in local bushland is the Leaf-curling spider. This spider spins a partial orb (only one part of a cirlce) and it hides in a curled up leaf attached to the web. 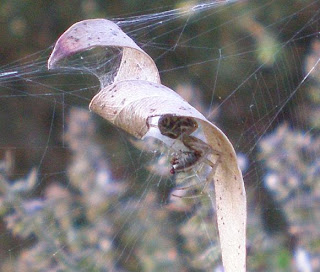 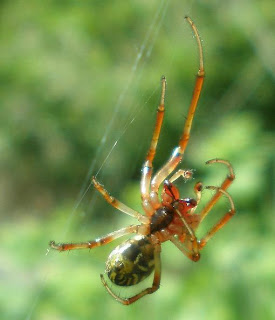 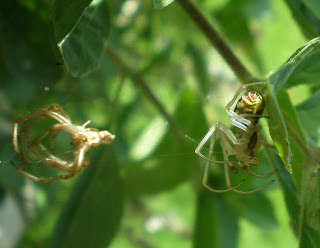 It is very unusual to see the spider itself. They are quick to retreat inside the leaf if disturbed and the most you see are the front legs and a hint of yellow on the abdomen. The photos above show the spider inside its curled leaf having a meal; the underside of a leaf curler in broad daylight; and a leaf-curler that has recently shed its skin.

The Flower Spider hides under leaves waiting to ambush its prey. They are quite small spiders. These spiders were found hiding on Greek basil in the herb spiral: 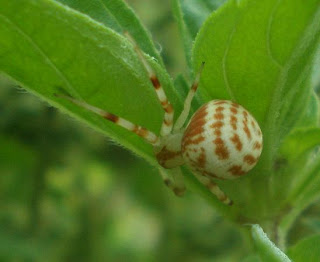 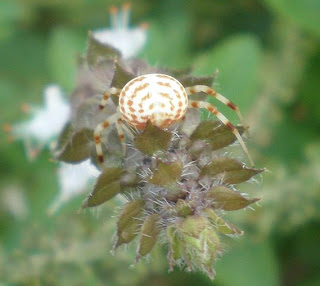 Some flower spiders are very colourful so that they can sit on top of a bright flower waiting to catch a bee or fly that lands there. This white flower spider has caught a moth much larger than itself. 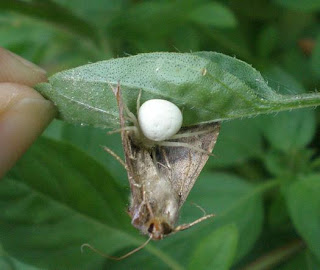 Wolf spiders live in shallow burrows. You will probably only see these if they are wandering or disturbed by weeding. Here is one on the path in the ELA. 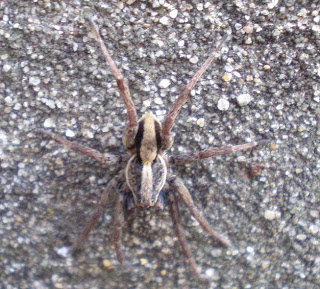 Huntsman spiders live under loose bark. They often come inside buildings during wet weather. They are most active at night time. 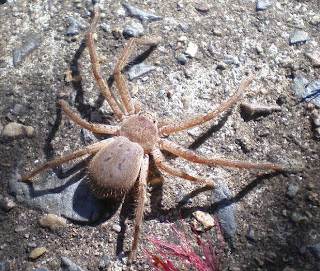 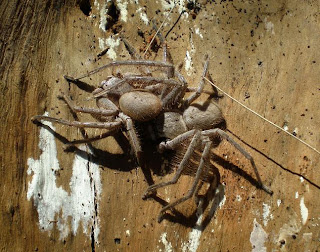 Pictured above: a huntsman on the path in the ELA and a pair of hunstmen found under bark.

To identify a spider you need to be able to describe it in detail. The parts of a spider have special names like cephalothorax, palps and spinnerets. This website helps you to identify them all.

Activity - The following photo of a huntsman has some parts labelled. Can you think of any labels that are missing? 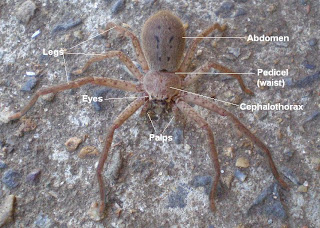 Activity: Look back through this blog article. Can you see any spinnerets? What part of the spider are they on?

Activity: Look closely at the following photo. Can you see a spider? (Hint: a hiding spider will often have one leg attached to its web to sense any movement from prey being caught.) 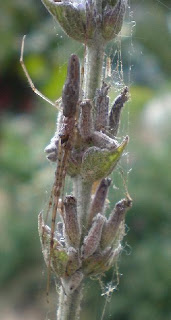 The hidden spider in this photo is a Long-jawed spider.