The sound of over-protective birds has alerted us to a number of nests in the school grounds. Here you can just see the head of an adult magpie in a nest in the top of the Camphor Laurel on Playground "C". 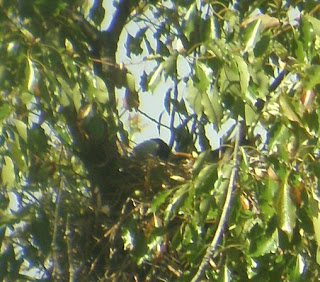 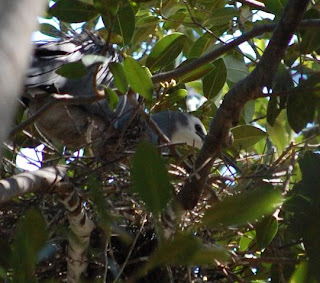 And a return from school holidays has seen yet another nest established in the school grounds. The white faced herons have chosen the same site as last year in a Moreton Bay fig tree to establish a nest. Stay tuned for photos and updates.

Another nest was discovered to be not so secure when two Noisy Miner chicks were found on the footpath and given to the school office! Some quick thinking saw the chicks returned to their distressed parents in a makeshift nest. You can just see the miner chick peeking over the edge. 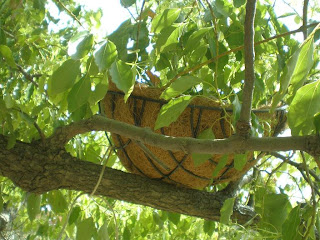 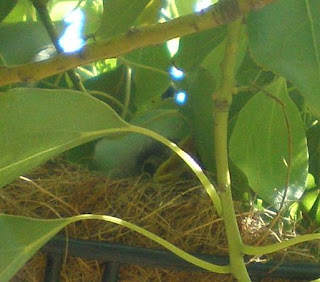 Most of us grew up being told that nests would be abandoned if humans touched them. In fact, the best thing you can do for a fallen chick, assuming it is not injured, is place it back in the tree because the parents are still eager to care for it.

Rescue can be as simple as placing an icecream container in the tree so the chicks can be out of harms way. If left on the ground the chicks could be eaten by cats. The container will need a few drainage holes and a secure position so that it doesn't blow down. The parents will resume feeding the chick.

Sadly, in the case of the Miner chicks the following night was ferociously windy and rainy and the babies were found the next morning on the ground again, persumably having died from exposure.
Posted by Voren at 12:22 AM