Birds in black and white

Did you know that most of the birds at our school are black and white? This seems to be the colour of birds that are most common in our cities and it can be rather tricky telling some of them apart.

The following photos and text should give you some clues to identify the different species.

Crows (or ravens) are black all over with white eyes. They are very large birds, measuring around 52cm. Their call is a drawn out "ark, ark" sound. There are feathers under their chins called "throat hackles"These fan out to form a beard when the crow is calling. 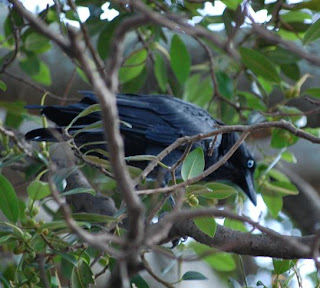 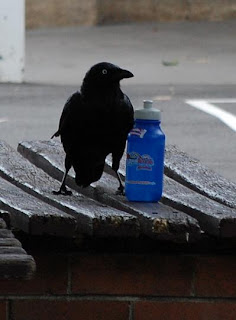 Crows nest in the highest branches of very tall trees. They are commonly seen at school in the fig trees or trying to raid garbage bins for food. Crows are extremely clever birds and are one of the few animals that has been observed making tools in nature.

Magpies are mostly black but have a wide, white collar - also called a nape. Adult magpies have red eyes and a white beak with a black tip. 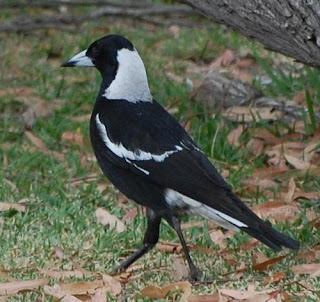 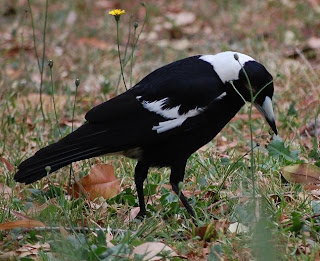 We mostly associate magpies with swooping attacks during nesting season but although there has been a nesting magpie in the Camphor Laurel tree on C Playground it doesn't seem to have been bothered by hoardes of school children.

Currawongs are mostly black with white feathers near their tails but no white near their necks. They have bright yellow eyes and a black beak.

Currawongs used to migrate to Sydney from the Blue Mountains but there are so many food sources for them here that they've become permanent. They prefer forests and woodlands for habitat and are not commonly seen at school. These two were photographed in Wolli Valley bushland. 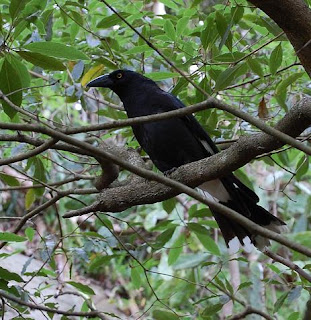 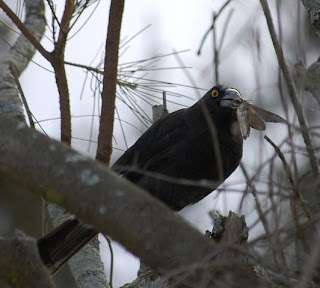 Magpie larks are a much smaller black and white bird. They have a white beak and a white eye. The male has a black throat and the female has a white throat. The male is also described as having a white eyebrow but if you think of him as wearing a mask like Zorro it will help to remember which one is male! 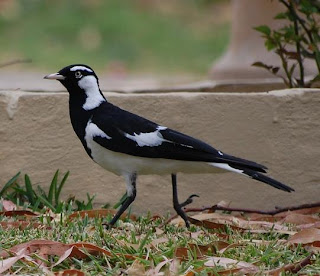 Wagtails are one of the smaller black and white birds seen at school. They are common througout Australia and one of the easiest to identify because of their wagging tail action. They are mostly black with a white front and a white eyebrow. They are extremely territorial and will chase off birds much larger than themselves. 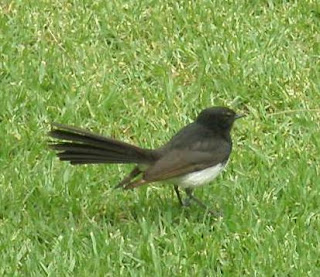 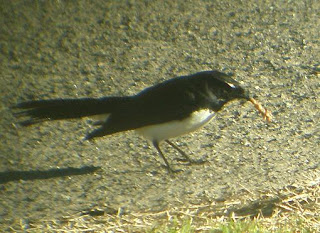 Ibis are predominantly white. They have a black head and some black tail feathers. Ibis are another species that have adopted Sydney as a permanent home even though they used to be migratory. Drought and loss of wetlands in rural areas is thought to be the reason. Unfortunately, ibis spend a lot of time raiding garbage bins for food and have a bad reputation. 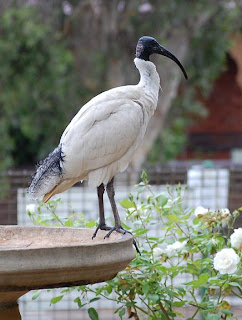 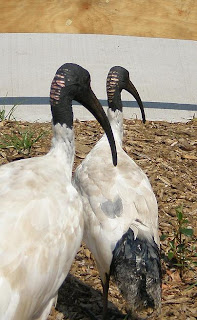 Cockatoos come in various colours. Sulphur crested cockatoos are white all over (except for the yellow crest) and can be seen here in the school's front garden. They are not regular visitors. They make a brief and noisy appearance when this tree is in seed. 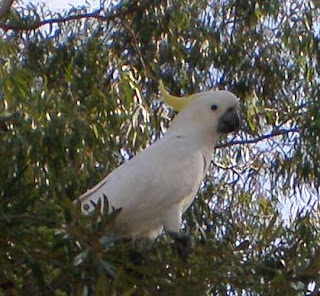 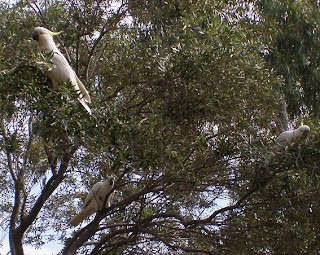 1. A am a medium-sized, male bird. My beak is dark. I have a white eyebrow but a black throat. The sound of my call is "pee-wee, pee-wee".

2. I am a medium-sized bird. I am mostly black with a splash of white behind my neck and on my wings. I like to eat worms and grubs on the ground.

3. I am a small bird. My back is black, my belly is white. I like open, grassy areas. I wag my tail from side to side and catch the insects that fly up from the ground.