It's a sad day for the school as six mature trees have been removed to make way for the new school hall, including this beautiful old fig tree. 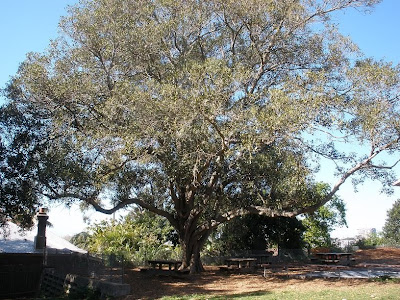 Two of the trees were heritage-listed figs. They were planted by students in 1932 as part of an arbour day ceremony making them 77 years old. Four of these mature fig trees remain across the front of the school. It is hoped the foundations of the new building won't compromise their health.

An aerial photo of the school in 1943 shows eight fig trees. Some were subsequently removed because of disease and the danger of dropping branches. 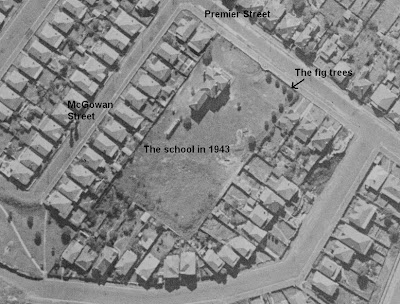 Three other trees were removed included the Plane tree in the centre of B Playground and two Eucalypts.

It' s only a year since major work was undertaken to protect this Plane Tree from Sycamore Lace Bug. 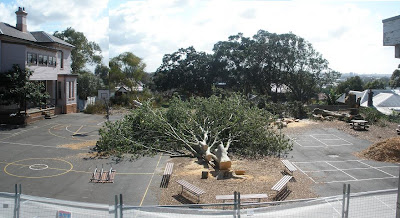 Students survey the changes to their playground. 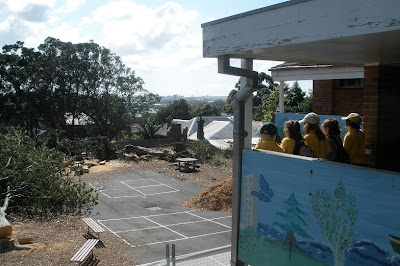 The school Principal has written the following:

Understandably there is a great deal of heartbreak amongst many of us to see trees being removed in order to place the hall on the site.
...
As part of the process the issues of the heritage building and the fig trees were included... the project managers, employed experts to do an assessment and make recommendations as to placing the hall to meet DET’s requirements and requirements for building next to a heritage site.

I have sought advice and my understanding is that this decision is not one that is negotiable as there is no other viable site and that the trees will be removed.

Concerns were also raised about the impact on the remaining figs which are across the front of the school. An aborist has advised the builders on the appropriate measures that must be taken to protect these trees during the building of the hall. They will be fenced off from the builders and strict guidelines are in place about run off from the site, dumping of materials in the vicinity of the trees and so on.