The cold weather has had an interesting effect on the fungi patch.
Here's an image of an emerging stinkhorn, most probably a Lantern Stinkhorn (Lysurus mokusin). The interesting thing is that while these usually emerge and perish in a day, this particular one has looked like this for three days! 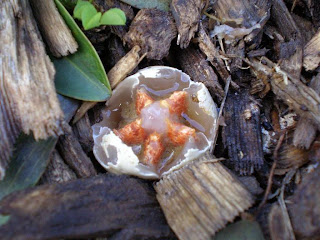 Here is another that has stalled in its development: 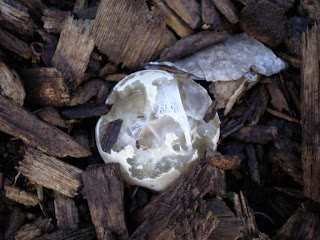 I suspect the cold and rain has prevented their development so it will be interesting to see what today's glimmer of sunshine does.
Meanwhile, some Red stinkhorns Phallus rubicundus have appeared and deteriorated during the same period so I've deduced they prosper in a cooler temperature.

It looks like the stinky stuff has washed off in the rain. I doubt there were many flies about to assist with spreading the spores. 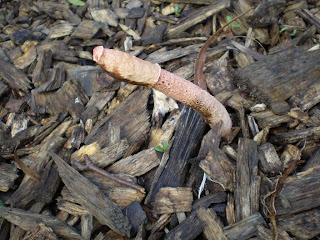 This last image is of a Phallus rubicundus that was emerging this morning. 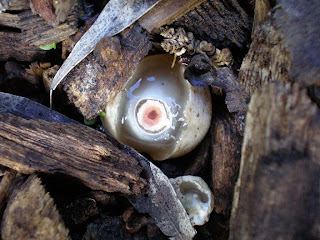 The race is on between it and the Lantern stinkhorn... stay tuned.
Posted by Voren at 6:45 PM